ALMOND MYLK VS. COWS MILK: THE DECISION IS YOURS


Almond milk is a popular milk substitute that is made by
mixing finely ground almonds with water. Almond milk has
a very high nutritional value and, unlike cow's milk, is safe for those who are lactose intolerant or have gluten and casein allergies. Here's how almond milk and cow's milk compare.

Almond Milk and Its Origins
Almond milk is made by mixing ground almonds with water and straining it to remove almond skins and sediment.  Almond milk has been used since the Middle Ages as a substitute for cow's milk. Because cow's milk doesn't keep very long without refrigeration, medieval people processed it into butter and cheese right away to preserve it. They used almond milk in cooking and baking, since it's easier to store.

The Nutritional Value of Almond Milk
Almond milk is one of the most nutritionally valuable milk substitutes available today. It is high in a number of vitamins and minerals, including vitamin E, manganese, magnesium, phosphorous, potassium, selenium, iron, fiber, zinc and calcium. Almond milk is low in calories, at only 40 calories
per eight ounce serving, and low in fat. It contains only three grams of fat per eight ounce serving. Almond milk is lactose, gluten, casein and cholesterol free; it's also free of saturated fats.

Almond Milk and Cow's Milk compared to cow's milk, almond milk is the much healthier choice.
Almond milk contains a wide variety of the vitamins and minerals that your body needs to function. Almond milk also contains high levels of antioxidants, so it can help prevent many types of cancer and slow the signs of aging.  Almond milk is also great for those who can't drink cow's milk due to lactose intolerance, or a casein or gluten allergy;  however, those with tree nut allergies should avoid almond milk because it could elicit a dangerous allergic reaction.

REMEMBER CHANGE IS GOOD AS LONG AS IT'S AT YOUR OWN PACE AND YOU HAVE A DELICIOUS HEALTHY SUBSTITUTE.
Posted by Health is Wealth at 2:53 PM No comments:

FIVE STEP PLAN FOR ADDING MORE VEGETABLES TO YOUR DIET:
Try to make delicious soups, vegetable juices and green juices more often in your Vitamix!
1.  First you don't need a recipe!
**When first starting to incorporate green juices and vegetable juices they may need to be sweeter and really tasty just to get them down.  So, 3 parts fruits, 1 part vegetables or greens.  Try that for one week.

**Adding fruit is great but the goal is to have more vegetables than fruit daily.  So, after week one, make your juice with 2 parts fruit and 2 parts vegetables.  Week 3, 3:1 ratio (Vegetables to fruit).  Try not to add sweetener, if you must use raw organic and local honey, coconut nectar, dates, prunes, figs or maple syrup.

3.  Replace one meal with a juice.

**We need more fiber in our diets.  The Vitamix helps you with the number one intestinal cleanser from all natural whole plant based sources.  There is no fiber in dairy, meat or processed foods and these items make up 80% or more of our diets.  For weight loss or illness replace 2 to 3 meals with a vegetable juice.

4.  Take your juices to work and spread the message of health and how the juices are changing your life!

**The juices may look gross and even taste gross but we need them.  Bring small cups to share. The more you have the vegetables the more you begin to crave them.  The taste is only great with fruit, but fruit cleans you out.  Only vegetables heal.  You will feel better, look better, perform at your peak, increase your energy and stamina and you'll even become calmer, nicer and achieve a radiant glow.

**Fruit with dark leafy greens - blend and enjoy!
**Fruit with vegetables (everything besides dark leafy greens except vegetable fruits like (tomato, avocado, cucumber, bell peppers))
**Liquid base - filtered water, coconut water, almond milk (make your own in the Vitamix), Aloe juice or gel from the plant.
**Adding Flax, Hemp seeds, sesame seeds, raw vegan protein powders, bee pollen, green powders, goji berries, maca, lucuma,  flax, hemp or coconut oil and any other seeds and nuts are healthy additions.
**Ice or Frozen fruit to keep your juices cool and if too cold just run your Vitamix longer to bring ingredients back to room temperature.
**Don't be afraid to run your Vitamix to reach a smooth and super liquified palatable texture, you won't hurt your machine.

Making quick fiber packed juices in your Vitamix will change your internal environment into a lean green well fibered filled machine.
REMEMBER CHANGE IS GOOD AS LONG AS IT'S AT YOUR OWN PACE.  PLEASE  IHAVEDIVINEHEALTH.COM .
Posted by Health is Wealth at 7:23 AM No comments:

I'M ALWAYS ASKED WHERE I GET MY TRULY RAW ORGANIC NUTS!!!

SO, I THOUGHT I'D SHARE THE OPPORTUNITY WITH YOU ALL.


It's time again to place orders for Nuts and Seeds. I am going to have Almonds, Walnut halves, Cashew large pieces, Pumpkin and Sunflower seeds to sell.  All nuts are grown in the USA. This year I am offering case prices noted in red. Prices quoted are pick up prices and do not include postage.

This offer in only good until mid November 2013.  Nuts will last one to two years in refrigeration or indefinitely in the freeze.  I personally keep my nuts in glass jars in the refrigerator and enjoy them All Year Round.  So order a year's worth of nuts.  I will be able to ship mid December, but "my" window to order closed early Nov.  So, if you are interested, please ORDER NOW.

So to keep it fair and easier for me, I will need a prepayment to reserve your nut/seed orders.


DON'T FORGET TO SCHEDULE YOUR CONSULTATION AT DIVINE HEALTH.

IF YOU NEED A VITAMIX YOU CAN JUST SEND ME AN EMAIL OR GIVE ME A CALL.
Posted by Health is Wealth at 5:08 PM No comments: 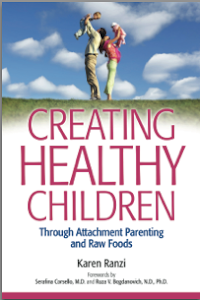